These goals proved to be far-sighted, as similar objectives were also part of the Bologna process nearly a decade later. From current activities such as SPEED to past projects such as AEHESIS, ENSE has always proven to be a leader in sport education, employment and policy.

This leadership led ENSE, in 1996, to obtain European Recognition and be selected by the European Union as the thematic network for research, training, and the study of qualifications and employment in the field of sport. As such, much of ENSE's work has become standard reference in the sector. The list includes the European Qualification Framework for the five levels of Coach Education, Fitness, European Masters, Diplomas, Intensive Programmes and the nomenclature of sport economic activities (NEARS) and occupations (NEORS).

While always focusing on this interplay between sport, education and employment, ENSE has been in continuous growth and evolution since its inception. Beginning in the 1990s, many of the organisation's sub-committees established themselves as separate and independent entities, including the European Association for Sport Management (EASM) in 1993, the European College of Sport Sciences (ECSS) in 1995 and the European Health and Fitness Association (EHFA) in 2001. 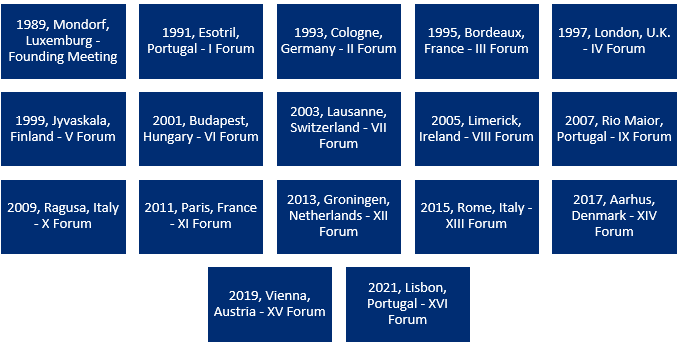