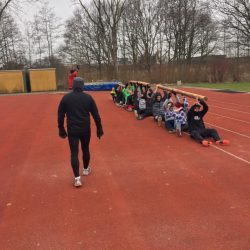 Late last year, we released an invitation to take part in the the testing of the Health and Physical Activity (HEPA) Modules developed through the SPEACH project. Between the 6 and 10th February 2017, this testing took place. Over 65 students from eight European countries joined the international SPEACH week hosted at Hanze University of[…]